A week out Leonora way

A week out Leonora way 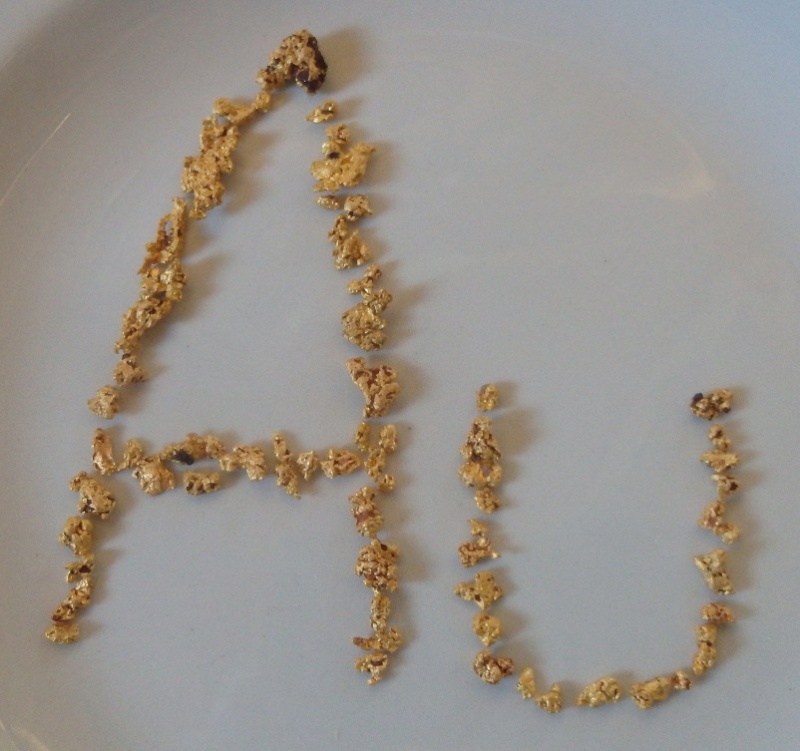 We left quite happy after a week of extreme heat, thunder storms and wind. The detectors played up and the hot-rocks were plentiful. We got 68 pieces totaling 27.32g

Thats a nice collection for a week

Hey Phil & Sandra, that looks like 2300 rewards, do you bring the ATX out much to compare scenario's. would like to have a field find before junking it, on the beach was very successful. Have you used it around salt lakes?
cheers
Mick

well done Phil and Sandra, now your getting the hang of it. just a matter of training the ears to the machine and ground noises. nice gold there.
_________________
keep safe out there
Martin

Mingo wrote:Hey Phil & Sandra, that looks like 2300 rewards, do you bring the ATX out much to compare scenario's. would like to have a field find before junking it, on the beach was very successful. Have you used it around salt lakes?
cheers
Mick

The gold was found with both the ATX and the SDC. These machines are totally different. The ATX is solid and reliable and a much more pleasant machine to use but it can't find the really small stuff. My smallest find has been 0.16g and my best 35g but it continues to operate like the day it was bought. The SDC is a pain in that it was built with so many annoying features that I find it hard to like but when there's only tiny gold to find you have to have one.

The latest thing to fail is the plug where the headphones connect. It started crackling. Sandra described it as the same noise as crumpling paper. Even though it looked clean I brushed it out and blew it with compressed air. When we were home before this trip I took it into The Prospectors Pick. She offered to send it back to Minelab but said most people just tape it solidly to the housing so that it can't move. It seems like you don't just need the first aid kit to keep the batteries in order. Anyway as soon as we cranked it up the problem resurfaced. This time I brushed it with detergent water and blew it out again and applied silicone grease and a zip tie. It helped as long as it didn't move at all but the dickheads at Minelab put the speaker on the other side and the plug where it rubs against your body from time to time. Each time it would cut out and need a push to make contact again. By day two it was done. We couldn't keep it working so had to operate since without a booster or headphones.

The other thing is that you never know what strength of signal you've got because it's continually changing. I think that allows it to run much closer to the maximum you can get away with for the ground conditions but often there's very little strength in the signal at all. If you are in heavily mineralised ground and you have a small air gap to the ground you're unlikely to hear the gold. Where you really notice it is when you dig it out of the hole and it ends up in the little dirt pile (it's nearly always small because it won't look deep) then you lose it you have to push the coil right through the pile of dirt to pretty much make contact with the gold to find it again. On other occasions it will seek deeper and then when it's dug the detector will find it in the pile just by swinging over the top. I think when the ground is noisy the detector just detunes to the point where we miss LOTS of gold. That's where the ATX makes a big difference. You can adjust the sensitivity and know what it's doing. You can have a pile of dirt a foot high and it'll see that target on the other side. If the ground is noisy we usually only find gold down to about 75mm.

Yesterday Sandra dug a 0.9g piece and dropped it at the top of the hole. She was really upset because she got to see it and was sure she had two to start with then there were none. She had run the detector over and around the hole but it was gone. I came over and moved the little 25mm stones away by hand and straight away she got a signal. It was just out of sight amongst the little lose gravel and I just picked it up. We couldn't find the second one. After lunch I went back and dragged the edge of the coil through the lose gravel and picked up the second one within 200mm of the first. I just had to make coil contact with it to find it again.

well done.. you folks have come along way since myself and Deb meet you folks at the Nickol... sunny Karratha..

gut feeling wrote:well done.. you folks have come along way since myself and Deb meet you folks at the Nickol... sunny Karratha..

Yes and a big THANKS Warren. You guys and Darren were our first contacts in the field and guidance from people like you got us started. From there we went to the muster at Niagera and got a few good tips there and went home with an ounce and a half. We actually found another few grams last week in the same spot where we picked up our 35g piece after Niagera. 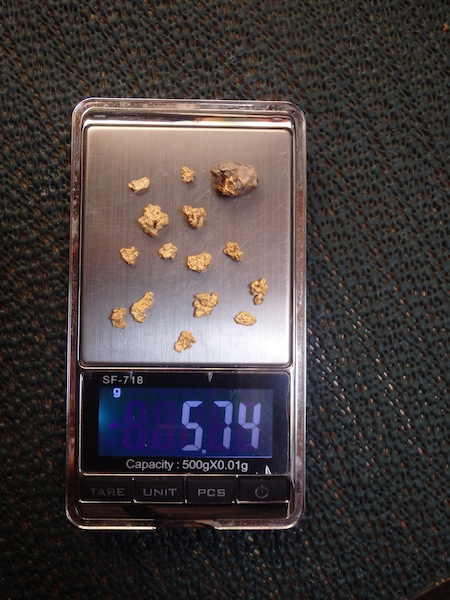 That gave us 33g to take home at the end of 2015. Well we're not quite home but we're heading there. We're out at Lake Yellowdine tonight. If I'm lucky I'll ping one in the morning to start 2016