Okay, so I know it's quite far fetched, and some say it's not real, others say they won't stop looking until they find it, but has anyone checked the quartz index for the general area that the reef was believed to be? When I was younger I heard about the reef, and a relative of Lasseter came to our school, really awesome moment of my life. I have been really interested ever since I read the book. But what if it actually is out there? I have found a massive, and very strong patch of quartz. But I want to hear if people are really interested in it, or if they think it's a load of bull*. I just think it's really interested. I've got the screenshot of the google maps, and the possible reef ready to post

I'm not a true believer in "Lasseter's Reef" as such, it's a good story, plenty have looked for it over the years, even Dick Smith.

Hello Danowner,
Here is a video put together covering our failed attempt to find Lasseter's Reef.

[You must be registered and logged in to see this link.]

[You must be registered and logged in to see this image.]

"Aging seems to be the only available way to live a long life." 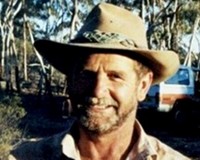 I believe the guy genuinely found a rich reef of gold but whether some mining giant has found it or not I have no idea. If he never found it why put so much effort into revisiting this remote area again and again?

He could have been a little mentally unstable but he did return with gold. And then he had enough intelligence to put together the finance and team to search for it. Perhaps the locals put a curse on him...

Hey Nightjar, I actually watched your whole 30 minute video yesterday, was a really good watch. Would have loved to be there. I have found a massive 'reef' like area of strong quartz, and I'll attach the picture here. So what you'll be looking at is on the left, the program called ASTAR, the government program, anyone can use for free. It shows you mineral content of land. The blue is minor to medium traces of quartz, where the red is very strong traces of quartz, close to the surface. On the right is Google Earth, showing the location from landmarks as to where it is. The reason I think this could be real, is because I read an article just yesterday, that a bloke reckons he knows where it is, and has for a while. He said it was approx 500km's from alice springs, and on the WA border. This is approx 600Km's from Alice springs, and I can post another pic of that for backup. Anyway, here it is:

[You must be registered and logged in to see this image.]

And also there's this; It is located the same as explained in the diary of Lasseter, the end of it faces the 3 hills, and it's not too far from lake Christopher, which is also where Lasseter said he went first to get 'direct access' to the reef. Again, the red is strong readings of Quartz. Lasseter described the reef as "Reef of quartz with gold like plums in pudding". Here is another location:
[You must be registered and logged in to see this image.]

just remember that not all quartz contains gold, i have walked over huge outcrops of quartz and not a smidgen of gold was to be found. you are actually looking for rotton quartz ie it looks like an old rotten tooth as it has high mineralisation and pockets that minerals in liquid form gets forced into when deep in the earth then cools forming gold reefs that eventually breaks through the surface from erosion and breaks away from the main reef. this is how people track down the source by loaming and following nugget/fines trails up hill. you are also looking for golf ball size pieces of ironstone combined with the quartz, that is called salt and pepper. always a good start to go to places of known finds and learning why the gold was there. these images although helpful, are just one small piece of the puzzle. as far a lasseter's reef goes he probably did find something good but i believe its dune country and dunes move so what once was surface could now be under 40mt or more of sand. good onya for having a go, those that dont dream will never succeed.
martin
_________________
keep safe out there
Martin

Totally agree Martin -I have found quartz blows the size of warehouses with no gold on them ,I stear away from the white stone ,most of the gold I find these days is in the crappy looking quartz with ironstone and that soft black and white granite (not sure what its called) -where these three collide is good pickings-Dragon

Yeah I read online that its only the quartz with iron stone, so basically the whole of Toodyay haha. Going there this weekend, hopefully I find something