[You must be registered and logged in to see this link.]

it's a bloody solid unit and can be run as fridge or freezer, not both at the same time.  Has the same Danfoss BD35 compressor as most of the other named brands.
Testing it on 240V at the mo as a fridge set at 4C.  it's interesting to see that when the internal temp gets to 7C, the compressor kicks in and drops the temp to 1C.
put a few warm cans in and a container of frozen stew to see how it goes and will run it for a few days to see how the frozen stew turns out.
I should be able to get 2 blocks of cans in it, just as well I eat tinned baked beans when in the scrub so no room for food

Looks pretty good Cliff,especially with the Danfoss comp.They have certainly stood the test of time with other fridges etc.Warranty sounds good also.Just have to fill her up and away you go as soon as you feel up to it.

cruiser1 wrote:P.S    Dont like the brand of beer though.LoL

It's called "Must be getting old and recuperation beer"

gotta admit it's not the greatest but amongst all the light beers it's the only one I like.  wasn't all that impressed with the Hahn 3.5 but might give it another go.
AND if I want to drink camels urine I'll drink the big "C" midstrength,  NOT

As for the fridge, the frozen stew had thawed out but was still cold so would probably last another 24 hours.  But, the beer was cold

I'm glad I bought this fridge.  I got it in the lounge room and now I don't have to walk all the way to the kitchen fridge

I hate the idea of going back to work now.

the only thing that put me off buying one of these fridges is the fact that they have a ali box inside that has joined sides.

if for some unknown reason your battery fails or the fridge accidently turn off and meat starts to defrost --the blood will get in the joins and cause all sorts of issues.
The Engle doesn't have such a problem coz its a plastic moulded container with no seams.

you are correct it has joins but they are sealed with what looks like silastic.  If it was used as a freezer only, a extra bead of silastic around the bottom will help or maybe put the meat in plastic containers to stop it leaking blood inside the fridge.
I just checked the fridge, it has ice forming on the inside around the top of the ali so it is working fine.
And the beer is nice and cold, not frozen

looks the go cliff and at a reasonable price
and as far as light beers go well they all weigh about the same so I'll drink the one's that get me p*ssed.
solution for defrosting meat, vacuum seal ya meats if you don't have a vacuum sealer a good butcher will do it for you, I do have one but cannot work the bloody thing out so me local steaks and stuff does it all for free.
cheers and beers
jase
_________________
get out there and get it

Jase,are you covering the little suction hole with the plastic bag when closing the lid?That can cause problems.

Hi Cliff,
We have two of those fridges but in the larger size and rebadged and sold by Evacool though not made by them.
Have seen the same fridges rebadged by numerous different companies.

Value for dollar they are excellent and have lasted two seasons one season in quad trailers and one on the back of the Polaris Ranger.

The only thing we found is where the power plug goes into the fridge needs to be kept clear of objects as it gets bent and buggers up easily. Being aware of it make it no problem. Just keep stuff away from the plug.

When we first got them one was an out of the box failure which was replaced with no worries.

Our fridges have taken a beating for the last two years and are still going strong.

Have to be okay if Evacool are willing to put their name on them.

The plug could be a problem and I didn't like the idea that it doesn't have an independent on/off switch.
If I can get a few years use out of it then it was worth the money.
_________________
Life is what you make it, always has been, always will be.

SITTING IN yah lounge room u should get a life time out of it.

oneday wrote:SITTING IN yah lounge room u should get a life time out of it.

Don,t know how much this one costs ,but was,nt fire proof


[You must be registered and logged in to see this image.]
The good old engel 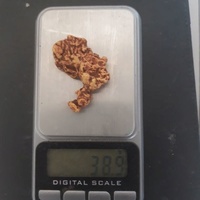