And for all the haters of bagpipes

The piper is a man named Gordon Duncan from Pitlochry in Scotland.  He was too good for his own good, he suffered deep depression which got worse when people criticized him.  He turned to the booze, became an alcoholic and finally in 2005 he had enuff of life and topped himself at the age of 41.
People being the hypocrites they are then put on a big concert in his memory.  He was considered to be a musical genius in the world of bagpipes.  Makes ya wonder sometimes what life is all about.
and to top that off, people couldn't believe he worked as a garbo on the local rubbish trucks.

I actually do like the pipes, depending on who is playing & what is being played.

Total hypocracy when you get called a "National Treasure" after you die but that's what they did.  They dumped shite on him while he was alive coz he did stuff the traditionalists didn't like but the majority liked what he was doing.  He took bagpipes to a new level that got people interested.
So get ya beer bellies out and shake them, here's another called the "Belly Dancer". 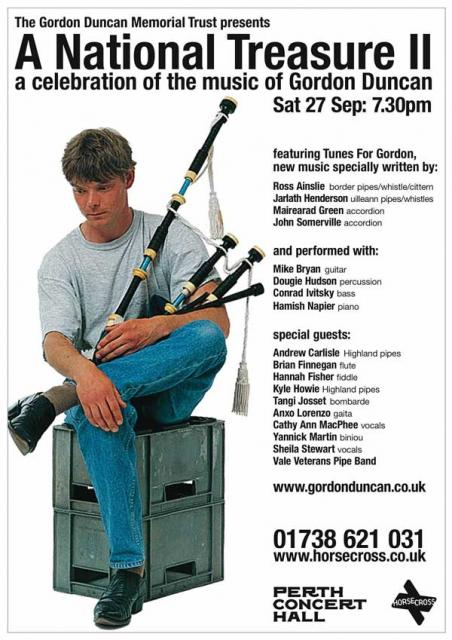